It costed cities billions plus they lost control on water monopol in our country. Why? Because they have their chair in concern´s company and left politics after that.

CZE does not have control in many regions over water

Who is in charge of selling water, calculating profit into water price? Its about how big the profit is and when it ends. In abroad or in water company branch.

Select the district and the information you are looking for

What is happening with water and water companies in CZE?

The same like in known fairytail,
How Trautenberk used to sell water 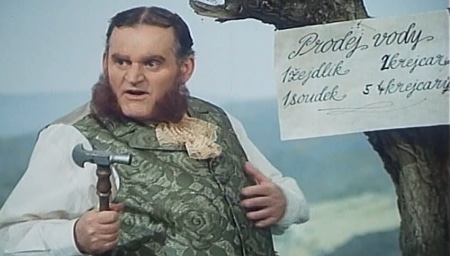 Endowment TRUE ABOUT WATER insist on returning management water to be treated as a service owned by citie´s water companies and not being a business of the private sector.

DOES IT MAKE SENSE? SUPPORT US

We fund water defense from our own resources and from contributions from people who share the same opinion on water as we do.

I admire your courage to tell people the truth, perhaps the Czech nation moves and will not be just a passive recipient of unpleasant news. I wish you, in addition to the health that is most important, that in your efforts you achieve not only support but also achievements, what you do is not just for yourself but for us, for all. You are brave, you have my respect.

Thank you for your stamina, a lot of work, time and incredible courage that you devote to the most important for humanity, water. We, who are not so qualified to engage in the same way as you, will at least share your information and warnings. Thank you very much once again, and I wish a lot of good fortune and health.

[/op_testimonial_slide][op_testimonial_slide title="Pavel Říha" company="" image="" button_color="#4881F5" button_text="Read story" href="" header_color="#00b7e2" background_color="" columns="1" ]Thank you for trying to repatriate the nation, I have already engaged in this and approached in this direction the current Mayor for Yes, the city of Chomutov and I went to Ústí nad Labem in this respect and he was dealing with the governor of the KSCM. Personally, I consider this step to be treason, and those who have done so should be held accountable for this crime, it would be well to publish their names so that citizens have the opportunity to express their opinion in the elections that are coming and to remove these people from public life, once again thank you for your heart.[/op_testimonial_slide][op_testimonial_slide title="Dana Jonová" company="" image="" button_color="#4881F5" button_text="Read story" href="" header_color="#00b7e2" background_color="" columns="1" ]

Hello, in our village Košťálov it succeeded. We built a sanitation and sewer system. With the citizens of the village we concluded contracts for the sewage, and after a year, when the Veolia contract ended, we concluded contracts also on water. I do not know Veolia because we tried to keep the water at the lowest price, but we are just happy about it.

There is a lot of trouble for the municipality, but we do not have to guess every year, and especially to prove why we do not want to increase water. All the repairs went from our budget. They only collected and did not pay any repairs. Do not rejoice !!! Before signing a new contract, act, justify and especially ONI must justify why they are growing.[/op_testimonial_slide][op_testimonial_slide title="Věra Subotová" company="" image="" button_color="#4881F5" button_text="Read story" href="" header_color="#00b7e2" background_color="" columns="1" ]Thank you for your tireless and much needed work .. !! When I began to watch the arrogant behavior of the politicians at your urge, believe me more that kicked me and we must not allow them to act with impunity. Once again, sincere thanks, and I wish a lot of work to do. With humility and wishes for a nice day.[/op_testimonial_slide][/op_testimonial_slider]

Each amount helps🍀, and the sea consists of droplets. Thank you